Meet Pirates in the Netherlands! Tori is a senior at ECU double majoring in Political Science and Hispanic Studies. She is spending spring semester at HAN University in the Netherlands.

I have definitely expanded my worldview, and I have gained an incredible validation in the things that I believe about human rights and distribution of wealth. The Dutch share just about all of my political views, as well as my flat mates from England. It is incredibly gratifying to meet so many like-minded people.

Has your decision to study abroad fit into your graduation plan?

Absolutely, my experience has been focused on politics, especially in the areas of global citizenship, human rights, European political systems and sustainability. I hope to pursue a graduate degree in sociology and human rights to teach at the university level. Doing the education program, while also taking classes such as Holocaust and Genocide and Global Citizenship, has strengthened my knowledge for future degrees.

How has this experience impacted you personally? 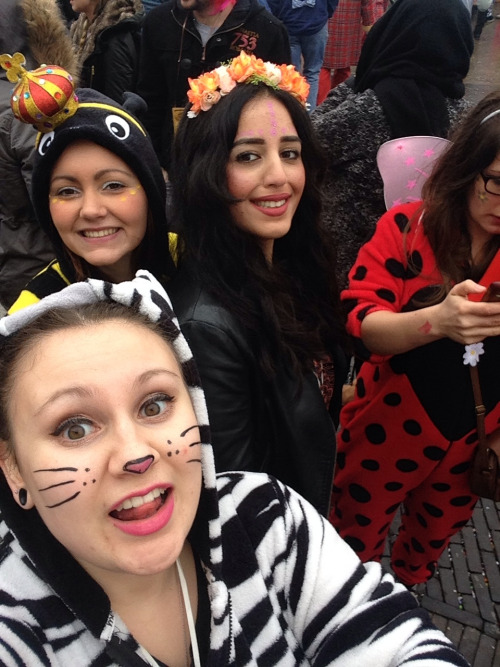 This experience has encouraged me to be unapologetically myself and not hold back parts of my personality. Being a strongly opinionated female can sometimes provoke unwarranted feelings of shame, but this experience has helped me eliminate much of that shame.

My greatest challenge I have faced so far is overcoming my fear of riding a bike. It has always been a struggle for me, and I haven’t tried to ride one since I was a child because I was so afraid. Now, I am confident on my bike and ride almost every day.

Jesse is a Junior double majoring in Health Fitness and Nutrition & Dietetics.  He is spending the 2013-2014 academic year studying Sports Performance Enhancement and Sport and Nutrition at HAN University of Applied Sciences through a bilateral exchange.

How is life in The Netherlands different from life in Greenville?

Life here in Nijmegen, Nederland, is pretty different alright. First, there are bikes everywhere. Almost everyone rides a bike here. There are certainly more bikes then cars. The whole country has bike routes that can literally take a person through the whole country. 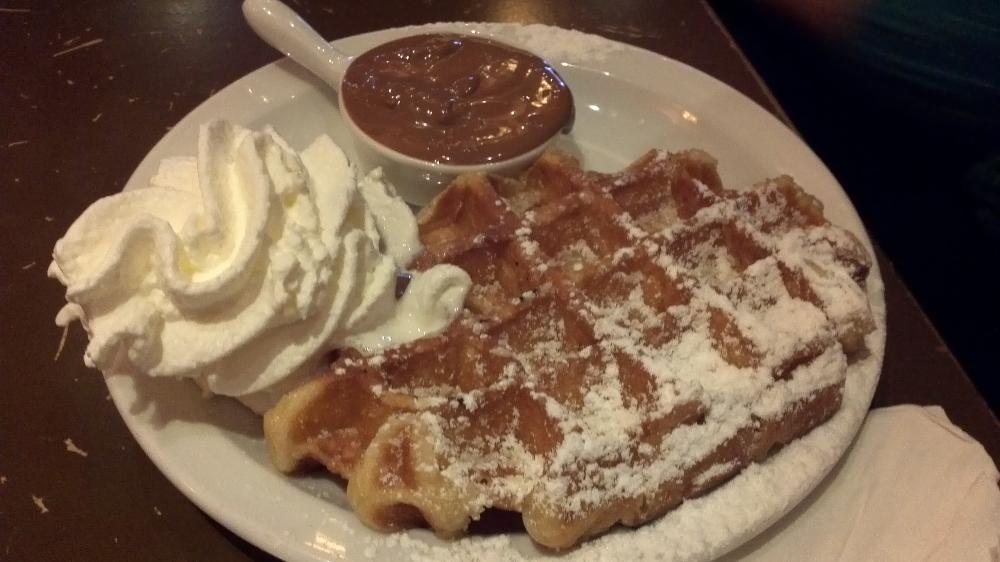 Also the food is quite unique. I'm not going to say Dutch food is amazing or anything compared to the variety of food places found in Greenville. But there are some items that stand out. Stroopwaffles are delicious if you're in the mood for sweets. Also they have herring fish which they eat raw with onions. It smells and in my opinion tastes gross but it's like a national dish here.

I have been to Sweden twice, Denmark, Germany, Belgium, and before I leave I'll most likely make it to Finland, France and Austria. My favorite place I have been to is Sweden. That country has some of the prettiest landscapes and rivers I have ever seen, hence why I went back twice. In Denmark I visited Copenhagen, which was this odd city that had soccer courts right in the middle of the road. They block them off with steel cages and they're everywhere. Basketball courts as well. 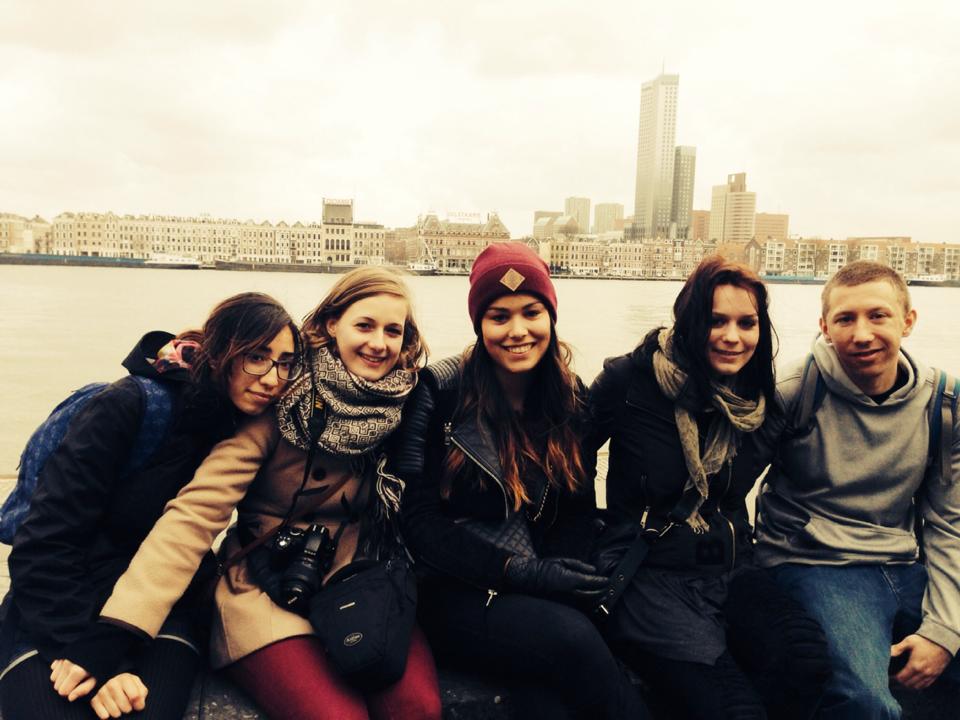 Belgium had some nice cities, such as Gent. It is a big party city with a lot of college students. Yet, it also has tons of buildings that have such a gothic style. They are really a sight to see.

What is the biggest difference between classes in The Netherlands and classes at ECU?

Well you stay longer for classes in Netherlands. It's not like you have set hours for a specific class and after 90 minutes you go home. Here there are days where the work is more theory and others where it's more practical. The atmosphere is really relaxed at HAN. Most of the work is group study as opposed to ECU where it's more lecture. The teachers are called by their first names, obviously different then ECU. The material is also not split up like at ECU. So for one lesson we may cover biomechanics or  nutrition or exercise physiology. 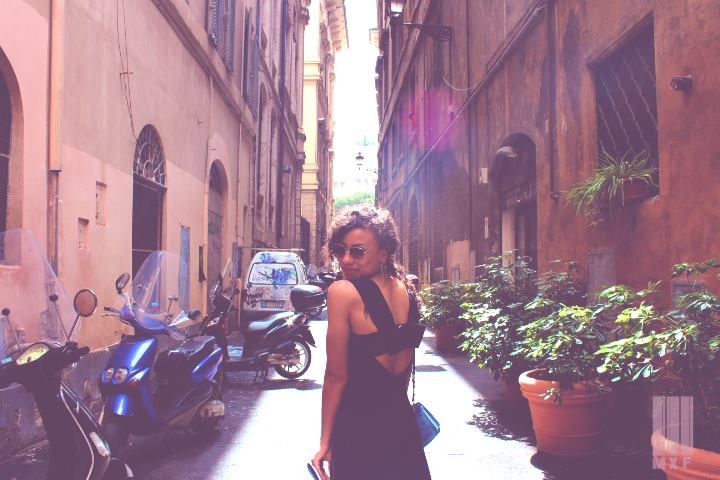 My name is Lexi Miller and I am finishing my bachelor's degree in Biology here at East Carolina University. I played soccer for the university and have recently finished my career as an ECU student athlete. This is the primary reason why I chose to study abroad. I was looking for another adventure to immerse myself in and an adventure is just what I received by studying abroad! I am a very creative person and open-spirit. In my free time I enjoy painting, photography, music and anything outdoors.

I studied abroad at HAN University in Nijmegen, Netherlands.

If you told me there was a flight leaving in one hour, I would wouldn't miss it for the world.

I will have to admit that each and every day I am researching ways to travel abroad again. Teaching English right now is my top career option for going back abroad for an extensive period of time.  Upon graduation, I also plan to travel around Europe and see all the destinations that I missed on my first adventure.

Studying abroad has made me a better person. I feel more aware of cultures and customs from around the world. A good friend of mine gave me this advice before leaving The United States, "You never know who you are until you leave everything you know." This was the greatest piece of advice I have ever been given because it is really true. You get to know yourself in ways you never even knew existed. You are constantly challenging your comfort zones and approaching new boundaries. It helps you grow in ways that you never knew existed.

Understand that everyone is scared and everyone is alone....with that being said you already have two things in common with complete strangers who also enter study abroad programs. Don't over think it, pack a bag and go!

Email Lexi at milleral10@students.ecu.edu with any questions regarding studying in the Netherlands.