Do you have any advice for future study abroad students to your host country?
The best advice I can give anyone traveling here is to watch, live, and learn. How do the Japanese act when they enter a restaurant, ride a train, or even walk on the sidewalk? These are things I advise you to look out for, since other foreign exchange students and I have caused many problems for native residents when we didn’t think to simply observe.

Have you tried anything fun and different?
Tons of food (sushi and oden and such), shrine and temple visits, karaoke, game centers, hiking, museums, amusement parks; it doesn’t matter if you’ve tried them once or more before, it’s always different in another country.

What is the weirdest food you have eaten?
Raw squid, maybe? Though that isn’t all too weird, I guess. Maybe how they deep-fry whole (bone and all) little fish. It was honestly the hardest thing to take a bite out of just on concept alone.

Why did you decide to study abroad?
I’ve been interested in Japan for a very long time, and since my major (Asian Studies) allows me somewhat of free-reign as far as classes go, it seemed to be the perfect chance to satisfy two goals.

How is life in Japan different from life in Greenville?
Life in Osaka is drastically different from life in Greenville. The biggest difference in my opinion is the mode of transportation. Before coming to Japan I can honestly say that I have never rode on a train in my life. While I was in Osaka besides walking or traveling by bike, most people get to their destination by train. I still see plenty of cars on the road; however, I do not see many parking spaces which leads me to wonder where on earth do they park them. 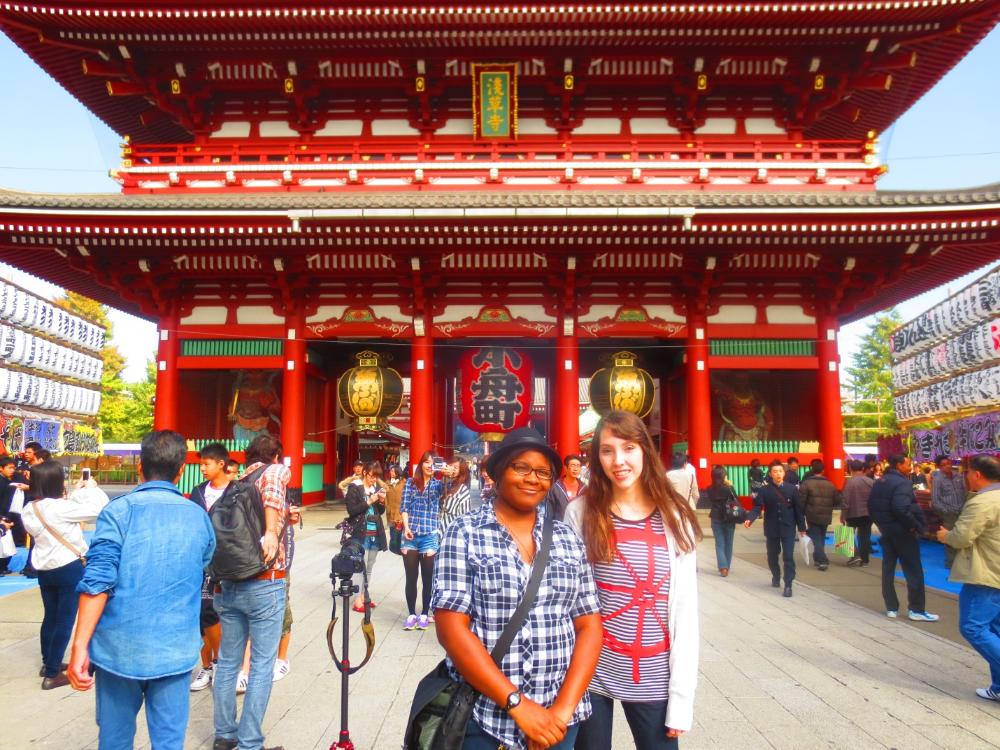 My name is Alexis Williams. I am an International Business (focus on Asia) and Finance (Risk Management & Insurance) double major. I'm also a history minor. I think I'm pretty boring but my hobbies include watching anime, reading manga, (no surprise why I went to Japan), drawing, writing, traveling and taking pictures. I'd say I was laid back and easy going.

I studied abroad in Japan twice. Once on a summer faculty led to Kyoto with Dr. Tucker. My second trip was an academic year (Sep 2012 to Aug 2013) with ISEP-Direct to Toyo University in Tokyo.

I'd go back now if I could! Tokyo was SO different from Greenville, or NC in general.

I love traveling abroad SO much that I'm now in the process of applying for graduate schools in the UK.

In terms of how study abroad has helped me, it opened my eyes more. I never really thought I was Southern until I was around people that didn't speak English natively. Professionally it has given me even more ambitions to work abroad.

As far as advice I can offer to those interested in studying abroad, I'd say don't let any small details stop you from going (the small details being everything). Everything will work itself out. Just enjoy the experiences and opportunities that studying abroad can bring.

Email Alexis at williamsa10@students.ecu.edu with any questions regarding studying in Japan.